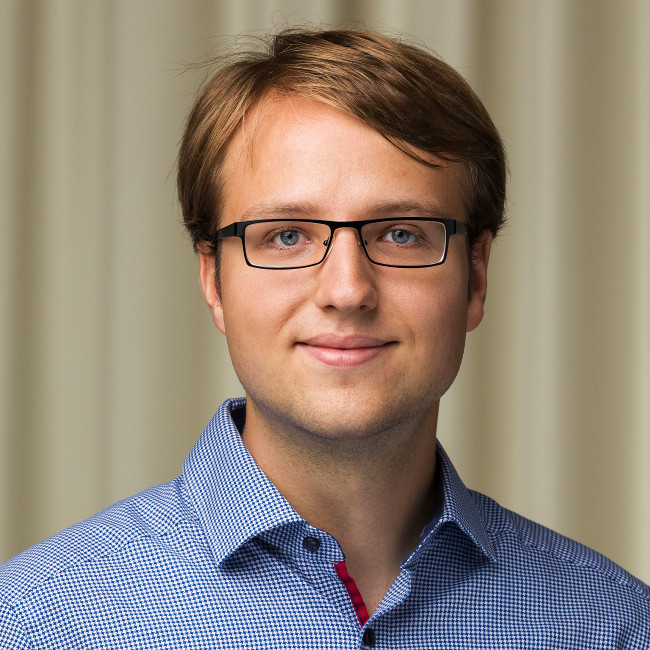 I am a Robotics, Systems and Control master student at ETH Zurich, Switzerland. My focus lies on deep learning and computer vision with a particular interest in label-efficient scene understanding. My current research directions include semi-supervised, self-supervised, multi-task, and active learning for dense prediction tasks such as semantic segmentation and monocular depth estimation. In the past, I also worked on explainable AI, multi-camera fusion for semantic maps, and autonomous mobile robots. 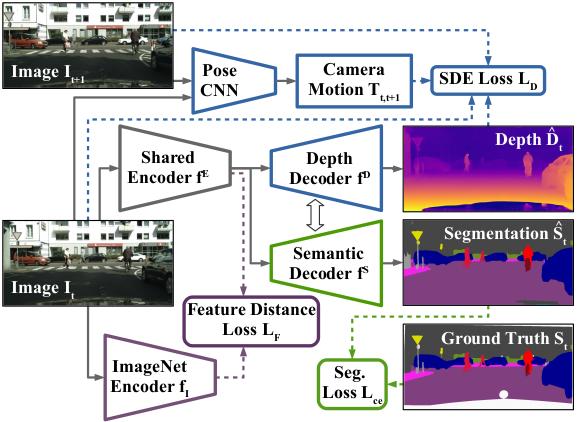 Three Ways to Improve Semantic Segmentation with Self-Supervised Depth Estimation
Lukas Hoyer, Dengxin Dai, Yuhua Chen, Adrian Köring, Suman Saha, Luc Van Gool
Conference on Computer Vision and Pattern Recognition (CVPR), 2021
We developed a method for improving semantic segmentation based on knowledge learned by self-supervised monocular depth estimation from unlabelled image sequences. In particular, (1) we transferred knowledge from features learned during self-supervised depth estimation to semantic segmentation, (2) we implemented a strong data augmentation by blending images and labels using the structure of the scene, and (3) we utilized the depth feature diversity as well as the level of difficulty of learning depth in a student-teacher framework to select the most useful samples to be annotated for semantic segmentation.
[Arxiv] [Github] [Demo] 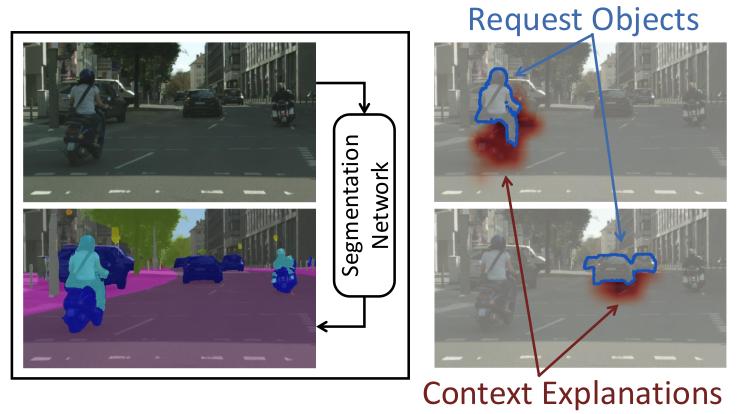 Grid Saliency for Context Explanations of Semantic Segmentation
Lukas Hoyer, Mauricio Munoz, Prateek Katiyar, Anna Khoreva, Volker Fischer
Advances in Neural Information Processing Systems (NeurIPS), 2019 (Poster Presentation)
We extended saliency maps from classification to dense predictions to allow visual inspection of semantic segmentation convolutional neural networks. We investigated the effectiveness of the proposed Grid Saliency on a synthetic dataset with an artificially induced bias between objects and their context as well as on real-world datasets. Our results show that Grid Saliency can be successfully used to provide easily interpretable context explanations and, moreover, can be employed for detecting and localizing contextual biases present in the data.
[Arxiv] [NeurIPS19 Paper] [Poster] [Github] 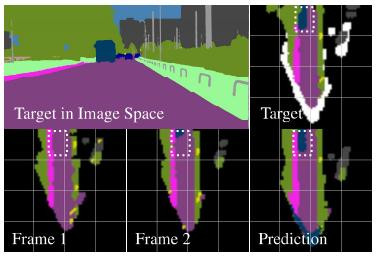 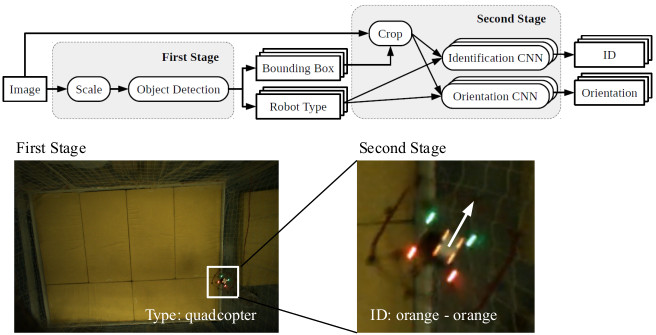 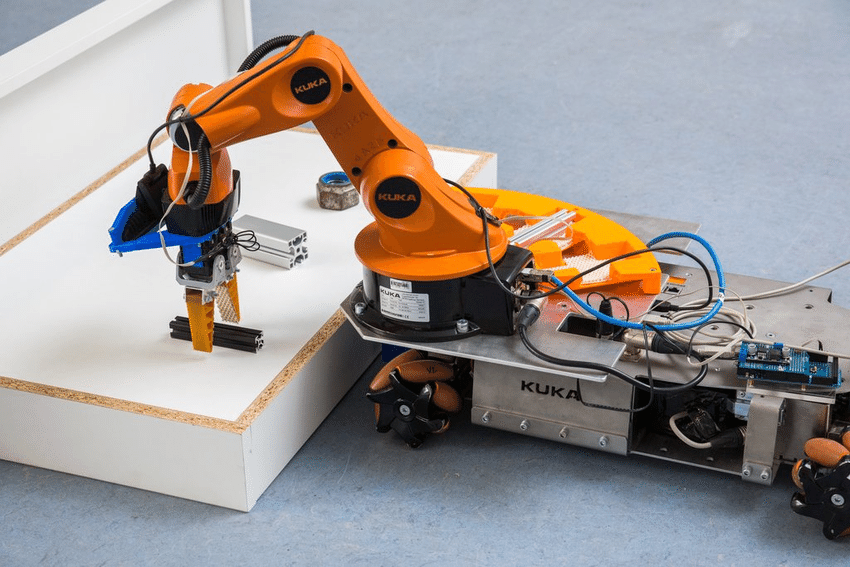 RoboCup Major @work
In the RoboCup @work team "Robotto", I helped to build an autonomous mobile robot for the transport of work items in factories. From 2015 until 2018, I was responsible for the development of the state machine, world model, task planner, and object recognition. In 2017, we achieved the 2nd place at the World Cup.
[Demo 1] [Demo 2] 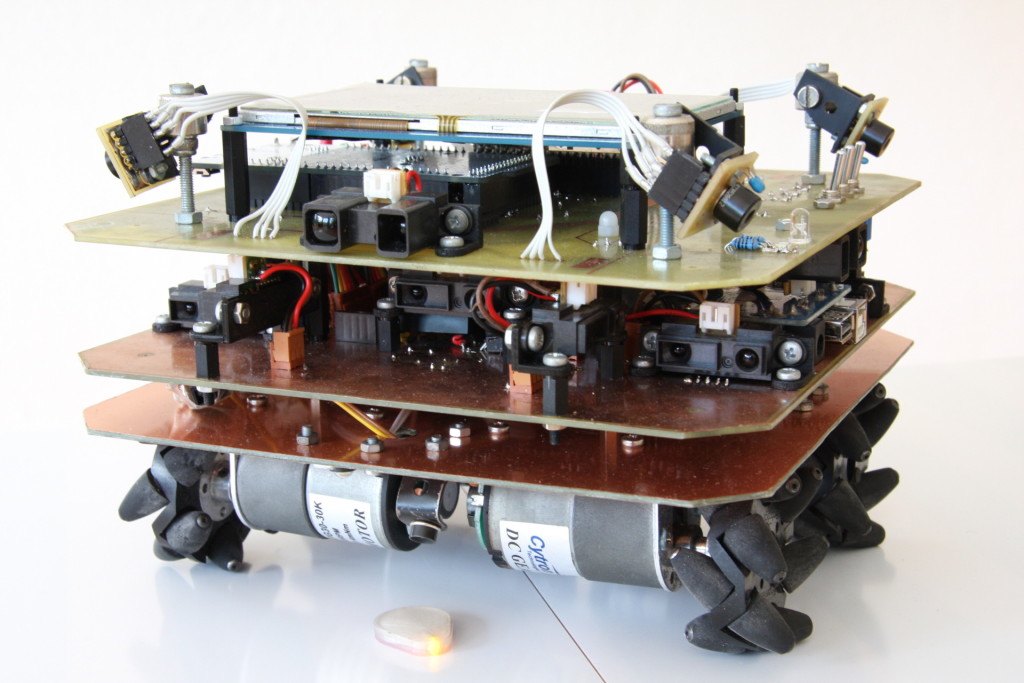 RoboCup Junior Rescue-B
For the RoboCup Junior league Rescue-B (now Rescue Maze), we built and programmed a robot from scratch to autonomously search for heat sources in a maze, which simulate victims in a building in danger of collapsing. In 2013 and 2014, we achieved the 1st place at the World Cup competitions.
[Video] 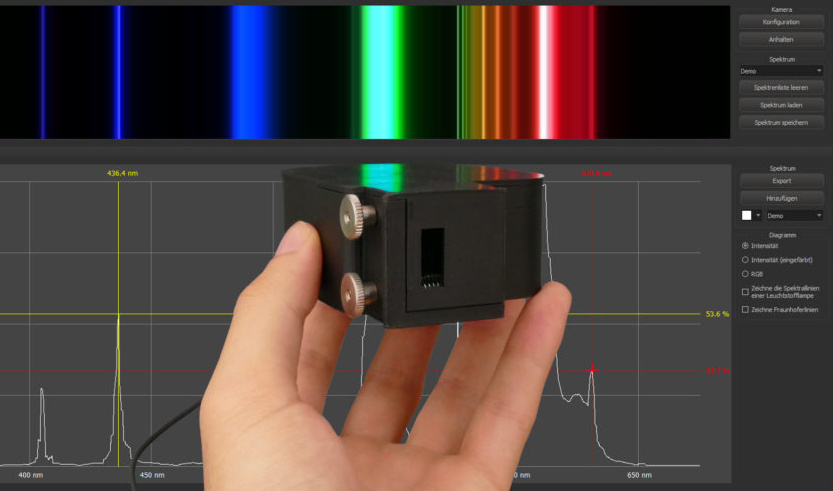 Spectral-Explorer
For the "Jugend forscht" German high school research competition, we developed a cost-effective optical spectrometer for schools, which is more than 90% cheaper than regular devices. At the federal stage, we received the award for non-destructive testing. After the competition, I scaled the prototype to small batch production and equipped about 30 schools with the spectrometer.
[Webpage] [Poster] [Demo]